Reach vs. Impressions: Differences and Examples from Social
Media

You may have heard a lot about reach and impressions and how these two metrics affect social media marketing, but why should you care about them? To begin with, they are the most critical aspects that can aid in evaluating your brand’s performance on social media. This is why you need to understand reach vs. impressions since your expected results from your social media marketing strategies depend on these two outcomes.
When you launch an Instagram or Facebook social media marketing campaign or publish a new piece of content, you would want to know how it’s doing. So when opening up your analytics, two terms pop up over and over: ‘reach’ and ‘impressions’. You know those two are different things, but what exactly do they mean? Which one should you be paying more attention to and why? What do these terms mean when talking about the success of your marketing operation?

Reach vs. Impressions: What is The Difference?

These two terms may look similar upon a single glance, which is often because these two often measure together. This is because they give us a measure of similar characteristics, but they are measured differently in reality.
Reach is referred to as the sum of all people who have seen your content or ad. These are unique users who have viewed whatever you have published.
Impressions refer to the number of times your published piece of content was displayed to your target audience. Your content is displayed multiple times to the same users, which is why impressions are generally higher than reach. The social media algorithms count your content as an impression even if the user did not engage or click with your content at all.
Ideally, every piece of content that you publish will be seen by all of your followers, but that’s not how it happens on social media. Even with millions of followers, your organic content will not be able to come close to that number of engagements since only a limited fraction of your audience sees it.
Impressions, however, convey that your content was successfully delivered to someone’s feed. The beauty is that the user does not have to engage with your post in order for it to become an impression. In addition, a single piece of content could bring multiple impressions.
There are some commonalities between impressions and reach but with some underlying disparity in terms of engagement. For instance, if you have a following of 1000 users on Twitter and you shoot a Tweet that is seen by each and everyone, then you have a reach of 1000 users along with 1000 impressions.
If you publish another tweet the next day, your reach will remain the same, but your impressions will increase to 2000. Why? Because all of your 1000 followers saw both your Tweets. This is why when noticing the impact of impressions vs. reach: the former is often significantly higher than your followers.
Reach and impressions can get mixed up owing to the fact that your social media profiles are owned by the platform you use and not by you. So they will give you the results they deem suitable, meaning that they both are labeled differently and could cause confusion.
Another thing to note is that while impressions can be counted, the reach needs to be de-duplicated from multiple views from the same user. This is extremely challenging when spanning a wider period where you are active on many marketing channels without a central data repository.
The most you can do is make do with an approximate measurement of impressions and reach where even the most advanced tools won’t be able to measure total reach reliability. Below are details of how different platforms display information around impressions and reach.

Let’s delve into the dynamics of reach and impression on social media.
Suppose you posted an ad that was displayed 600 times on social media. If 300 people clicked on your ad, then your total reach would be 300. If the same ad was displayed 500 times, then your total impressions would be 500.
While both metrics seem the same, there are a few elements that are different. Impressions will be higher in most cases than reach. This is because reach counts interaction while impressions count exposure. Impressions are generally closer to the number of followers you have on each social media platform.
The many platforms have their own rules for how they count to reach and impressions. If you want to measure one over the other, you need to learn what you’re looking at.

Facebook states that reach is the number of people who viewed your ads at least once. It is categorized into the following three headings:

Impressions are differentiated from reach as the times your ads were on screen. If an individual user saw your post three times during your campaign, then that counts as three impressions. Neither one indicates if a user engaged with your content or clicked on it actually saw it.

According to Facebook, a video doesn’t have to be played in order for it to be counted as an impression. So to know if reach and impressions you are getting are real, Facebook has divided them into further two categories:

The Twitter app doesn’t record your reach but tracks only impressions. An impression on Twitter is defined as when a Twitter views your Tweet. Imagine an impression as a Tweet that shows up on someone’s mobile or computer screen. However, the Twitter app only counts impressions as those Tweets that show up on search results or a user’s feed.

In case you have 100 followers, and all of them see your tweet, then that means you have 100 impressions. If you reply to a comment under the same tweet and your followers view the original tweet again to follow the conversation, then that gets you 200 impressions. It’s integral to use the platform in a way that will affect the number of impressions per tweet efficiently. If you reply to other people’s tweets, then that will get you far fewer impressions than publishing onto your follower’s feeds. So your numbers may be skewed downwards if you spend too much time replying to people on Twitter.

For instance, if a user saw your post twice, then the number of impressions would be two, but the unique viewing would count as one.
LinkedIn marketing works on a totally different strategy from that of Facebook, Twitter, and Instagram. It demands more polished and professional content along with a unique set of metrics.

Which is better for business – Reach or Impressions?

Reach vs. impressions: which matters more?
This dilemma isn’t new for social media marketers and will remain so for the foreseeable future.
The question is, which one, either reach or impressions, is central for your social media marketing campaign?
There is no straight answer to it, and it all depends on the marketing goals set by the business. Higher impressions mean that your ads are being seen by a larger audience, whereas more reach means people are interacting with your content. By viewing these results, you can change your target audience or repurpose your content.
Your engagement strategy cannot be improved by building on both reach and engagement. It is here that the line between reach vs. engagement gets blurry. So it is established that both are important, and one cannot be treated in isolation.

1. What is a good impression rate?

There is no writer’s rule about what makes a good impression rate, but anything less than 0.2 is considered ‘not good.’

2. Why are impressions higher than reach?

Impressions count the same user many times when exposed to the same content. In contrast, reach counts each user only once and includes instances where they engaged with your content. This is why impressions are always higher than reach.

3. How can I improve my impressions?

Many strategies can be deployed in an effort to increase impressions, and those include:

Understanding what goes behind reach and impressions may often be convoluted, but it’s not impossible to grasp. Once you have got a firm handle on the concept, you will be riding the social media wave with the most important goal in mind, i.e Social media engagement.
A common objective of all social media campaigns is increased engagement. There is something wrong if your content is not getting replies, shares, or likes. Reach and impressions drive people to engage, which is why you cannot have one without the other. Consider the workings of impressions and reach when figuring out the best way to engage and expand your audience. 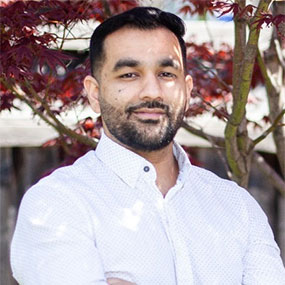